India is exhibiting signs of a second wave of COVID-19 as already seen in the United States and several other European countries including France and the United Kingdom. Although the vaccination drive is expanded gradually to include all age groups, the emergence of several new mutants of the pathogen, which are highly transmissible, poses a health emergency situation. We have plotted the variation in basic Reproduction number, R, with time to understand the emerging dynamics of COVID-19 spread in key states and India as a whole. 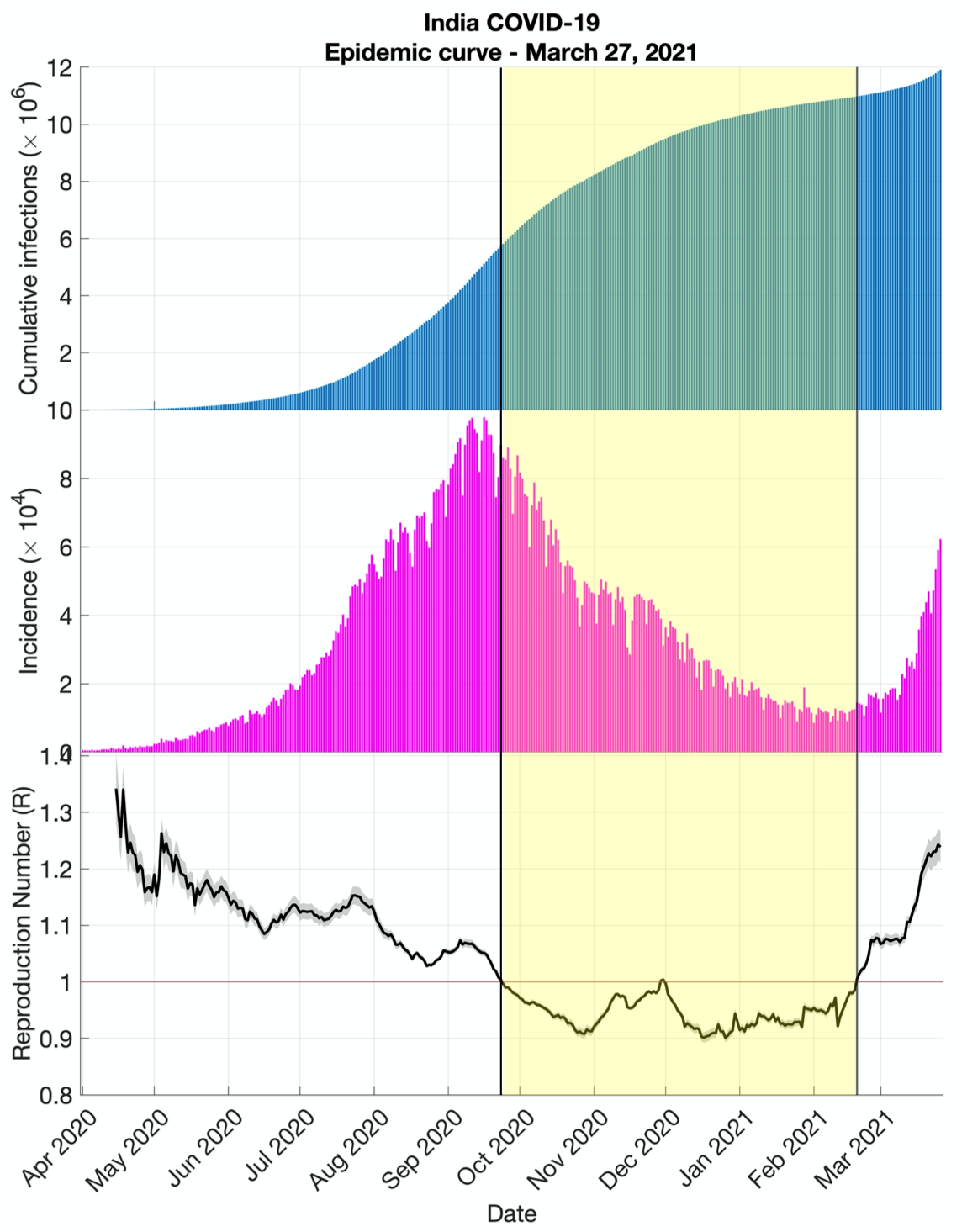