Second wave of COVID-19 in India

India is overwhelmed by the second wave with more than 37 lacs active cases.  Because of over-stretched healthcare systems, the case fatality rate (CFR) has also increased from about 0.7% in February to about 1%.  However, it is still lower than several other countries including Brazil, Russia, and France. We have used Susceptible-Infected-Recovered (SIR) model along with a data-driven decay rate to predict the future course of the pandemic.

Our observations are as given below. Our daily-case forecasts using a model are shown as red curves in the figures.  The shaded regions are the uncertainties in the predictions. 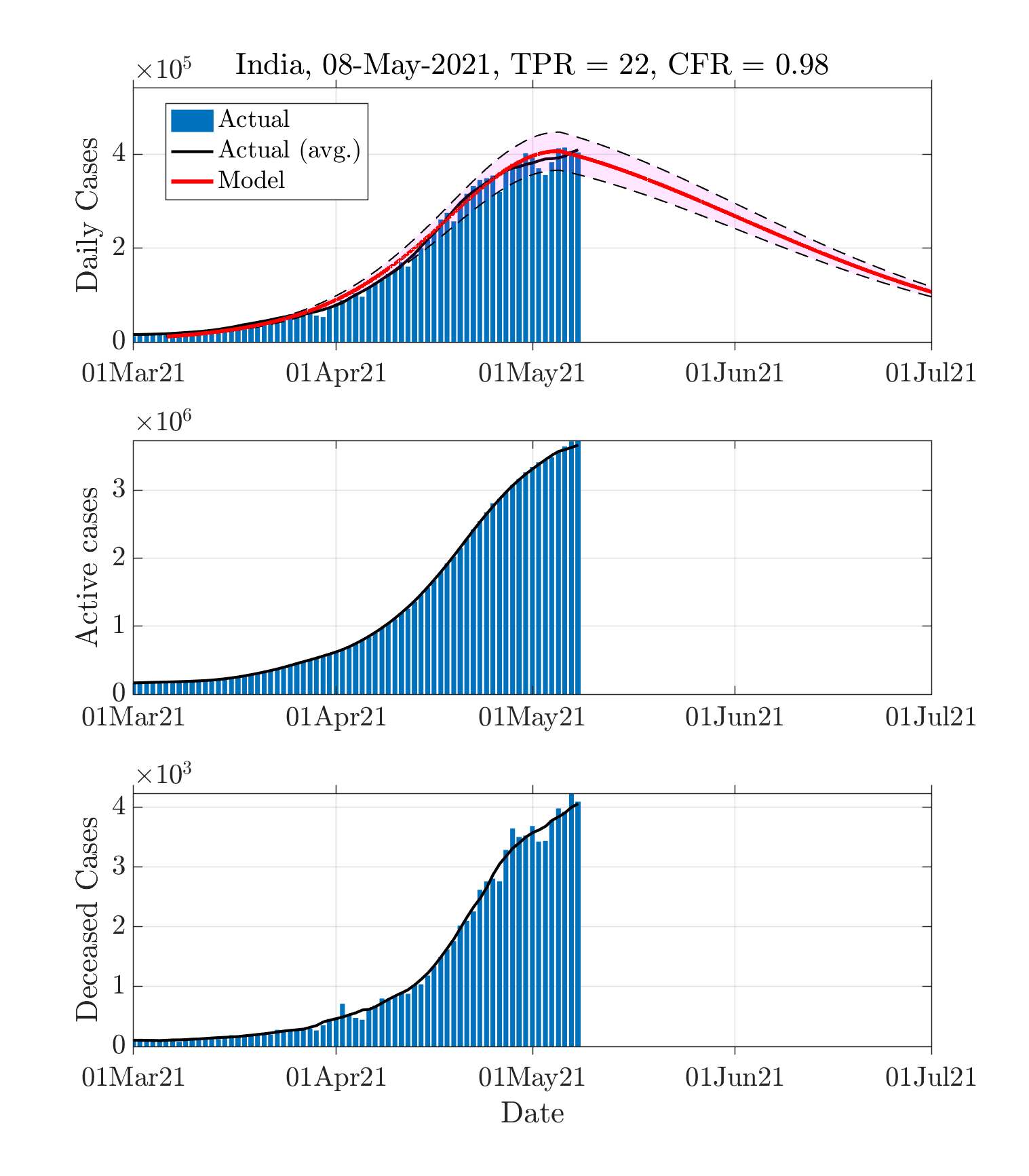 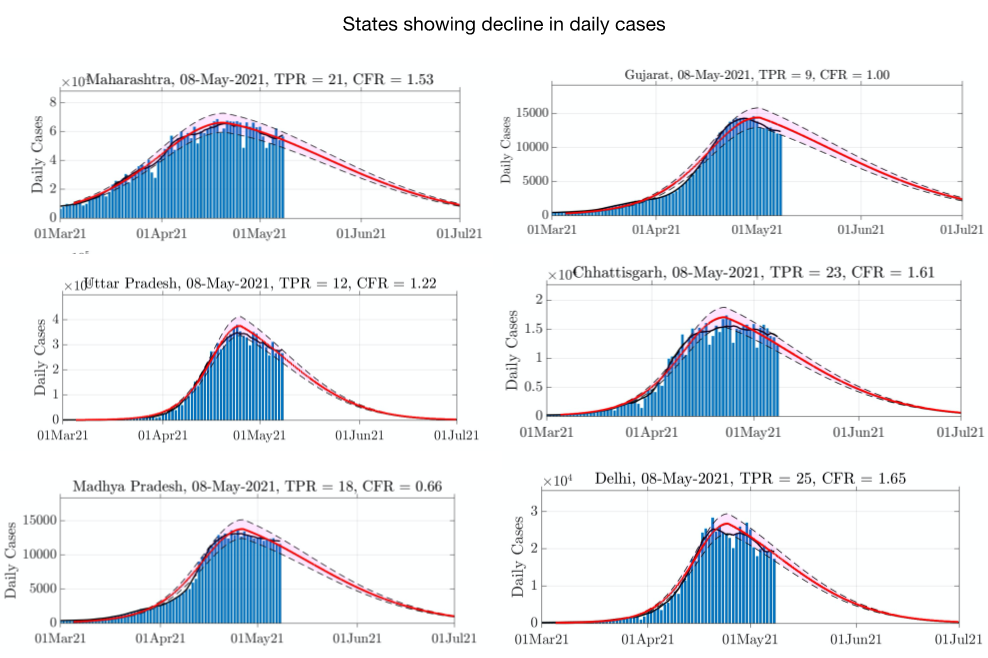 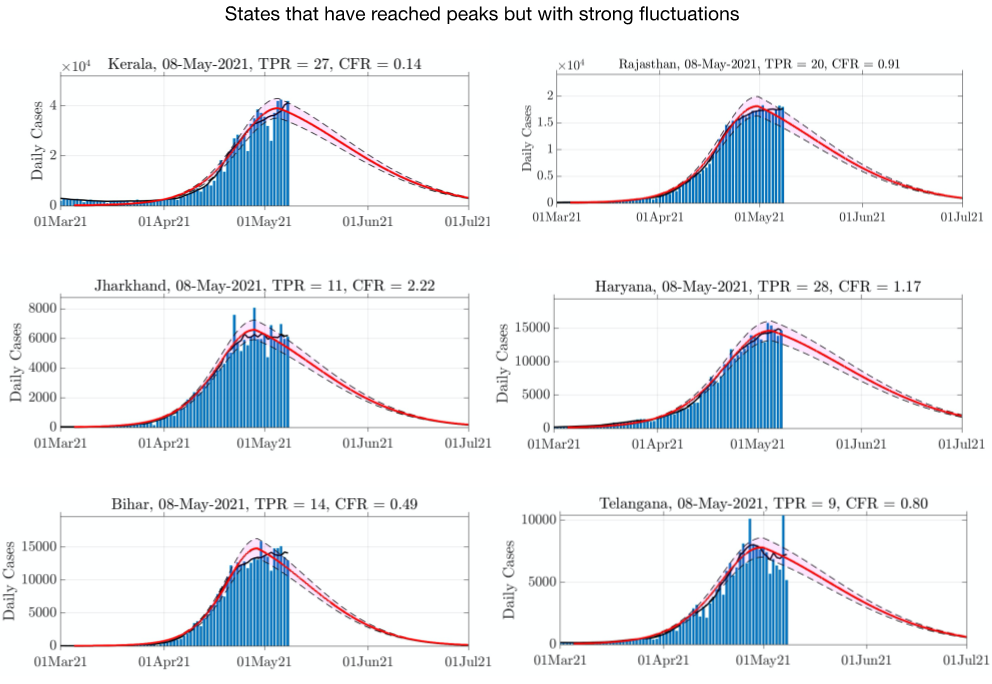 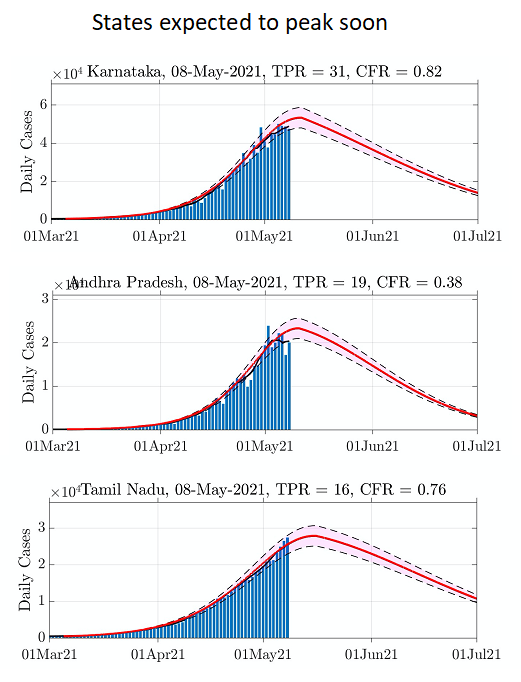